We've picked 42 of the most embarrassing learning to drive stories shared by our drivers and their parents! 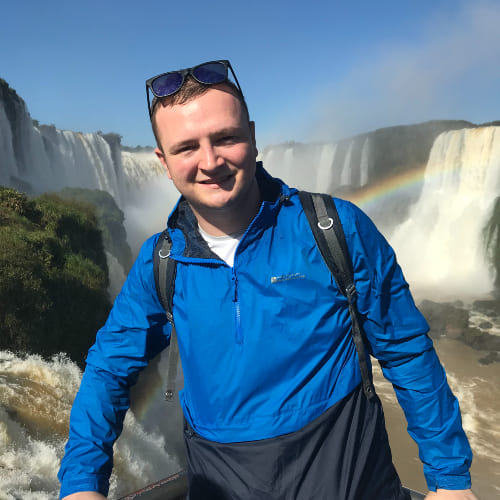 Every month, over 4000 new learner drivers start their driving journey with Marmalade’s learner driver insurance. In a recent survey of recently passed drivers, parents, learners we asked them to tell us their embarrassing or nightmare moments behind the wheel - we hope these will put a smile on your face and reassure you that “bumps in the road” are just par for the course when learning to drive.

“My sister, when taking her driving test, was asked by the tester to take them to her vehicle but after looking for where she parked it, it transpired it was stolen whilst she and her driving instructor were in the test centre.”

“I felt confident to take him on a dual carriageway and got him to overtake vehicles. Unfortunately, this was exactly at the time we needed to come off at a junction so ended up on a twenty mile detour!”

“She stopped behind some cars, thinking they were stopped in traffic when actually they were parked up. We both found it hysterical when I asked her why she had stopped.”

“Impatient driver yet again overtook us….. Signalling rudely. 5 minutes along the road they were in a lay by with their car overheating.... Oops.”

“My wife took our daughter out once when she first got a provisional. I fixed the L plates on the car, wished them luck, and sat down to watch the football in peace. The game hadn't even kicked off and they were back, slamming doors, shouting at each other etc. They didn't speak for a week ha ha. Since then, only Dad takes her out!”

“The frustration I’ve felt towards my child thinking he knows everything about driving and times of wanting to stop teaching him.”

“My 13 driving tests were all nightmarish, but not the 14th as I passed!”

“Having to negotiate sheep lying in the road when using unfenced roads.”

“Stopped at McDonald’s. Parked the car because I thought it was easier than the drive-through. walked into McD’s and at the last minute, looked back at his car which was still running. He’d never had to turn an ignition off before as the instructor always got in.”

“We have had moments when we have both said to each other I’m never getting in a car with you again. Always soon forgotten though:)”

“Showing how to put fuel in the car, then fuelling with petrol instead of diesel”

“When I took my driving test I had to drive through a busy village in the pouring rain, I kept left to avoid an oncoming car but ending up soaking a poor woman on the pavement by driving through a puddle on the edge of the road!  Surprisingly, I still passed my test but was warned that I could be prosecuted if I was to do that again, I'm sure that nowadays this would be an instant fail”

“I nearly hit a tree and have hit a couple curbs”

“First time parking in Morrison’s car park and I went to park but crashed into where the trolleys are kept and mounted the metal bar, 3 security guards had to lift my car up off the bar, never been so embarrassed in my life😂”

“Nightmare moment - I was driving with an instructor and a tire blew. That massively knocked my confidence. I'm with a different instructor now.”

“I reversed into a bench on my own work’s car park and my boss saw me on the cctv. I put my foot on the accelerator instead of the brake break and it was the first time my boyfriend’s mum took me out to drive too.”

“I think stalling on a hill junction during rush hour took about 10 years off my life!”

“There was also one lesson where a load of sheep suddenly crossed the road between fields, I stopped a little closer than I should have and the sheep ended up surrounding the car. Felt like I was in a horror film, oh the joys of learning to drive in Wales!”

“One time someone beeped their horn at me at a roundabout and my dad thought it was the person behind so he got annoyed with them. Then we went into a shop and the driver of the car behind was in there so my dad went up to them and was like “you were a learner driver once you know” and the person turned around and said that it wasn't them who beeped the horn. We had to sneak around the shop to try and avoid them then.”

“Once I was learning to drive all went well pulling up in a parking space all well. Pulled in all smug but took a drink off the back seat to refresh and it fizzed everywhere right in the middle of Morrisons car park. Great!”

“I turned left on a one-way road going right. My instructor quickly stopped me and started reciting prayers out loud- what a great way to reassure a learner driver!

“When I first started to drive I lived on the Aa16, a very busy main road after a bend. I was trying to pull into my drive after a lesson and a huge lorry came racing around the bend behind me. I install panicked and put my foot down. But a little too much instead of the drive I ended up on the front garden. And only just missing the side of the house. My stepdad was not impressed as the grass didn't grow back for months 😂”

“When my driving instructor got a new car and I was telling her how much I liked it and how easy it was to drive, then I stalled it 4 times in a row at a set of traffic lights.”

“I once drove my car to a camping festival where we had to park in a field. It rained all weekend and when we went to leave I got most of the way out of the field but eventually had to be towed like a few other people. We almost slid into another car at one point and it felt like I was in a teen comedy haha”

“My Mum is a really panicky driver which didn't help with her teaching me... She's so bad that one day I was driving and a squirrel ran out into the road she screamed at me to slow down loud enough for the squirrel to be scared by her voice through the open window - I didn't even have to brake!”

“When I was learning to drive I drove round the same roundabout five times because I kept missing my exit. My driving instructor and I were in hysterics as we were just driving round in circles”.

“On my first lesson, I had a nosebleed. very embarrassing.”

“Sitting in the car for ages because I couldn’t find the button to open the fuel cap only to realise I just had to get out the car and push it open. I’m the worst with knowing which buttons to press and where to find them.”

“During my first few weeks of passing, I parked in an underground car park and reserved into a bright yellow painted column.”

“In one of my tests I was told to test my horn, I didn’t know you could just do it - so I pulled over and honked my horn, waking up a baby in a pram of a pedestrian walking by, getting me a very angry look!”

“Simple, first week back to lessons with driving instructor’s 1 week old BMW, and I hit a pheasant and cracked the headlights!”

“Knocked my wing mirror off whilst reversing up our driveway which is up a hill and between two walls, nightmare!”

“At one of my first university accommodations, I had to park in a really tight drive. One of the first few times reversing in, I hit the side of the house and scraped the paintwork badly. I adjusted and pulled further over to the left but went too far and knocked my left wing mirror on the other wall to the point it folded the wrong way”

I've now been driving for almost 6 years, but I'm always learning new tips and tricks. Hopefully, some of what I have learned in my experiences as a learner driver and as a full licence holder can be of use!

Discover the top concerns parents have when taking their learner driver out, together with tips to overcome them

Driving tipsI was involved in a car accident!

For new drivers who are involved in car accidents, hearing first hand stories can help! Here's what happened when Liam was involved in a crash.