You’re going to have to fill up your car at some point! It’s not a difficult process, but if you’ve never done it before then it can feel quite daunting.

How do I put fuel in my car?

Hit the road on your own for the first time?

Picked your mates up for a road trip?

So many milestones happen in the first days and weeks after you pass, but one that’s often overlooked until the time comes, is putting fuel into the car you’re driving! Unless you have some sort of meticulous planning going on, which means that another driver of the car will always be behind the wheel when a trip to the petrol station is needed, you’re going to have to fill up at some point. It’s not a difficult process, but as with anything, if you’ve never done it before then it can feel quite daunting.

Whether you’re only popping around the corner or heading across the country, it’s a good idea to know where a few petrol stations are along your route, so that you’re never left aimlessly driving around searching for fuel.

If you have a few options, then it’s handy to have a look at their prices too, because these can vary by a good few pence per litre, depending on where you go. Those pennies add up!

Where does the fuel go? 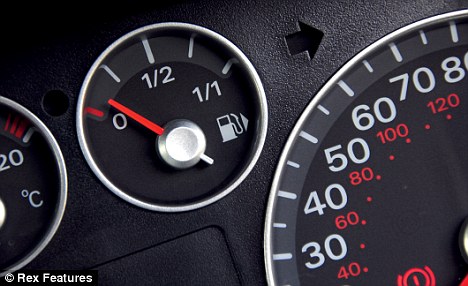 Check that you know how to open your fuel cap cover. This might seem silly, but some are key-operated, some are push doors, some require you to press a button inside the car, some simply have a little gap which you pop your finger underneath and pull open. The cap itself may be a twist-off one, or may be key-operated, so again it’s worth trying it out before you’re stood on the forecourt feeling stressed.

Putting the right fuel in

Does your car run on diesel or petrol? If so, you'll need to put fuel in it - so it's best to figure out how, what type of fuel you need and other little tricks to help you before you make that first trip to the garage!

You need to make sure you don't put the wrong fuel in your car! Would you believe that approximately 150,000 drivers put the wrong fuel into their cars every single year? It’s true! It’s harder to put diesel into a petrol car because the nozzle is often larger than the opening to the petrol tank, so the vast majority of mishaps involve petrol going into a diesel tank.

If you do put the wrong one in, then don’t even put your key in the ignition! Assuming you realise in time, it’s best to just leave the car switched off and call your breakdown service for assistance. If you’ve already started driving again, then pull over the moment it’s safe to do so, and switch the engine off.

The consequences are worse if you put petrol into a diesel car, than the other way around, but both situations can potentially lead to expensive repairs and the mistake must not be ignored. Your tank will need to be drained, with other repairs possible depending on how far into the system the fuel has travelled.

Paying for your fuel

How you pay is dependent on the petrol station you’re using. Many offer a ‘pay at pump’ service, but to use this you will need to have put your credit or debit card into the chip and pin machine at the pump and had it authorised, before you lift the nozzle and put the (correct) fuel in.

If you’re not using pay at pump, then you simply put your fuel in, then lock your car, note the number of the pump you’re using, and head into the kiosk to pay at the counter. The number of your pump will be clearly displayed, usually by both a flag or sign above the pump, and a sticker on it next to the screen that shows how much fuel you’ve put in.

The display with all the rolling numbers on it as you fill up, will show you how many litres of fuel you’re putting in, and the running total cost. This is handy if you only want to put a certain value of fuel into your car, because you can keep an eye on it and make sure you don’t go over your budget. Most petrol stations do have a minimum amount that you can put into your car, but this is very low – generally around 5 litres.

This process will realistically only take a few minutes of your time, and the more you do it the less you’ll panic about putting the wrong fuel in or getting anything else wrong. Petrol stations are often busy places and you may have to queue for a pump, but if you know which side your tank is on, how to open the cap, and where your payment card or money is, then this will really help in avoiding getting flustered in the heat of the moment.

Car maintenanceHow to top up your engine coolant

Filling up your engine coolant for the first time? Check out our guide on what to do.

Car maintenanceHow to change a tyre

Check out our step by step guide on how to change a tyre - including everything you'll need to do it. It's easier than you think!