Izzy took her first driving lessons, but did it live up to the expectations? Find out in her latest blog! 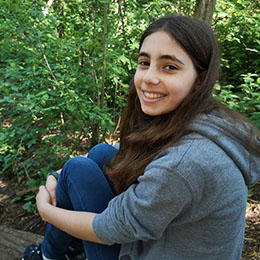 Hello everyone! My name is Isabel and I’m currently learning to drive. I know what you’re thinking – learning to drive in the middle of a pandemic? Good luck to me, right! So far I’ve had two driving lessons with my instructor and I’ve been really enjoying these lessons so far - they’ve definitely boosted my confidence in my driving ability. The first driving lesson was nothing like I expected, so I thought I’d share my experience with you! Here’s how my first ever driving lesson went…

Expectation - I would be super nervous

Reality - I really wasn’t as nervous as I thought. This was probably because of the focus I had on following what my instructor was saying and how encouraging my instructor was. This really helped me as I didn’t feel pressured to do things so felt less nervous as I was more comfortable in what I was doing and, ultimately, I ended up doing more than I’d thought due to the lack of pressure.

Expectation - The car would feel big and hard to control

Reality - I found that everything you need is focused in the area you are sitting and so it was a lot less overwhelming than I thought it would be. I think knowing that you are in the front seat of such a large thing felt intimidating to me but the controls are actually all much closer to each other so you only need the parts in your close proximity which makes it easier. Even if this wasn’t the case, dual controls were one of the most helpful part as half the responsibility is in the hands of someone who knows what they are doing makes the car feel smaller.

Reality -  The gear stick could be done mostly on just feeling it and remembering patterns rather than having to look at it every time. Of course experienced drivers can do it like this but I didn’t realise it could be done like that from the start. Similarly, I expected to be miles slower than other drivers at these things but this wasn’t the case – I was slower but not by the margin I thought.

Reality - Yes, I started in the very empty carpark of my local cinema, but less than half an hour in, I found myself driving with other drivers on the road. The thought of this terrified me (I was more than happy sticking to turning corners and speeding up to no higher than 15mph) but I’m so glad I did. It feels so much more natural being on the road and I even got onto the dual carriageway and a huge multi-lane roundabout near my village, which still terrifies me - but I’m proud of getting that far so early and it is definitely the thing I least expected.

Expectation - I would be driving in the perfect conditions

Reality - During my first lesson I went from having the sun in my eyes to not being able to see a thing in the fog, and even drove in minus temperatures. These made the drive a lot more difficult as it was harder to focus on something far away, which you are supposed to do when driving, and made it feel like everything was being thrown at me at once. I had to utilise some of my theory test revision here as well as speaking to my instructor about what to do in these different circumstances, which is how I managed to deal fairly well with this reality.

Expectation - My instructor would be only focused constantly on the road and driving.

Reality - She is really funny, and we get along well speaking about lots of different things as well as the road. This is really good because it means the lessons are more enjoyable and seem less like lessons or chores you have to do. Where I expected the lessons to just feel like school in a car and my instructor like a teacher, this is not how it felt.

Expectation - There were only two pedals (accelerator and brake) and that the clutch was a stick similar to the handbrake.

Reality - There is three and the clutch is one of those rather than like the handbrake. This didn’t take me too long to figure out so didn’t make much difference to my lesson as a whole but it was definitely something that I expected to be different.

Hey! I'm Isabel, and I'm coming up to my 17th birthday very soon. I'm in Sixth Form studying Maths, English Language, Biology and Chemistry, so I'm very excited to learn to drive and document it here as a break from all that very academic work. My mum has been nagging me to learn to drive for a year at this point so maybe that's where the anticipation comes from.

Young driver Isabel is talking us through what she found to be the best app to prep for her theory test!

Anxiety and driving lessons can be difficult. If you’re experiencing anxious thoughts about learning to drive, check out our top tips and advice