Read how our guest blogger, Meg, got on with her first time solo behind the wheel! 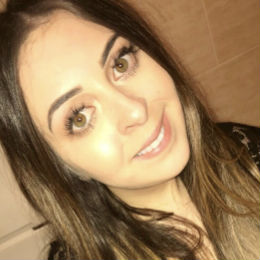 Hey everyone - Meg here again! Yes, I’m the one that took FOREVER to pass my driving tests - 7 attempts to be exact. So of course, it goes without saying that when getting my first car after passing my test, I was very used to having someone else there with me to hold my hand and make sure that everything was okay. I knew this was going to be completely different when I was let loose on the roads by myself. Being a nervous driver anyway, I have to admit that having my instructor there to monitor my driving, never really felt off-putting. Instead, it was like having a person to let me know how it’s going – like a constant safety net whenever I was behind the wheel, much like riding a bike with stabilisers on or having the sides up in the bowling alley. I guess which is sometimes why some people even choose to have their instructor sit in on their driving test and sit in the back.

Before passing my test, I was insured on my boyfriend’s car for several months and he would be with me whenever I drove, so I’d never really driven alone before. Now you might think that I’d be excited to head out on the roads by myself when I finally passed. Honestly? No. I wasn’t looking forward to it at all. I was nervous as hell! So when I finally bought my first car, a cute little Fiat 500 Lounge, and the first Monday morning rolled around, I had almost everyone convinced that I should really get a taxi as I hadn’t enough driving experience in the new car despite doing a ‘practice run’ on the previous evening with someone there with me. Much to my dismay, I had no choice but to just go for it and face my fears of driving independently. Of course, I had to do it sooner or later but I just wished that my first drive wasn’t the dreaded drive to work in rush hour traffic.

The main differences between driving with an instructor and driving alone

Driving by yourself is different from being with your instructor, that’s a fact. As soon as I set off on my first ever drive to work, turned right out of my road and onto the main carriageway, I would be lying if I said I wasn’t petrified! I was in control of this car completely by myself and that was a lot of pressure. That voice in my head echoed the whole way to work, ‘just don’t mess this up, Meg!’

Well, I did it, and I’m here to tell the tale! Around ten minutes into my very first drive, things began to feel a lot more normal and everything that I had learnt from my numerous driving lessons over the years were put into practice and actually, I found that I much preferred the freedom of driving by myself and for myself. I’m not just talking about being with your instructor either, it’s the pressure from your passengers too, unknowingly casting a watchful eye on your ‘new driver’ status that can be stressful. Having no one to point out what you’re doing wrong, monitor your every move and even have an opinion on what song is playing through the stereo, was a welcome respite! Hey, I could get used to this whole driving solo thing.

My advice for new drivers

My advice for all new drivers who have recently passed their test and are worried about driving by themselves is this:

Save money with Black Box Insurance

Getting back behind the wheel after a break can be daunting - here's Meg's top tips to help!