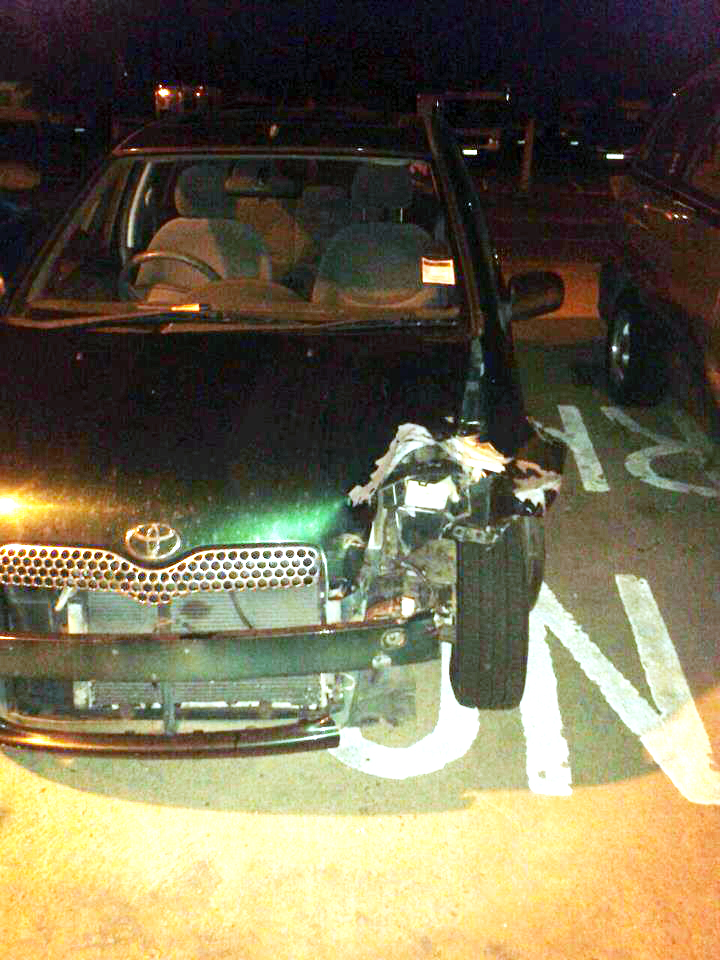 “We realise there are costs attached to a car purchase but we urge newly-qualified drivers and their parents to put safety first,” said Marmalade MD Crispin Moger.

Last year, a former employee was involved in a serious RTA. The 22-year-old was driving a Toyota Yaris 2001 plate when the car in front turned left without indicating. The young driver couldn’t avoid hitting the vehicle. She suffered a broken back and her car was a write-off (see picture) while the other driver, in a much newer vehicle, escaped with no injuries and a small dent on his bumper.

“Our own research shows that the average age of a new drivers’ first car is approximately 13 years,” explained Crispin. “We firmly believe young drivers will drive better and be safer in a newer car. The obvious advantages are air bags and other safety devices but there’s also the pride element in owning a brand new shiny car.”

Marmalade is so insistent that newer is safer and therefore better for young drivers; it will not insure any car more than six years old.

Father-of-three David Gazzard has recently bought new Vauxhall Corsa cars for both his elder son and daughter after they passed their tests.

The Derby businessman said: “An older car will have years of wear and tear on it and you really had no idea of its history or exactly what you are buying. I wanted my children to start their driving careers in the safest possible environment so they also have telematics fitted.

“It’s about peace of mind for them and for us as parents, knowing that they are in a potentially safer vehicle in the horrible event anything untoward was to happen.”

Check out our range of brand new cars and finance offers to suit you!

'Hi I'm Holly and I'm a young driver based in Peterborough! I love tattoos, food, drawing and anything art related, enjoy hanging out with friends and family and making a fool of myself. I'm definitely one of the adventurous types who's always up for a good old road trip!'  See more posts by Holly

Keep up to date

With the latest news for young & learner drivers, register today!

Popular in Buying and selling

As a young driver, whilst I like to think that reading reviews about cars from…

5 things that will decrease your car value

Cars are expensive purchases, whether someone is buying one brand new or second hand. This…

As many of you know, we’re petitioning for change on how learner drivers are treated when they’re on the roads. Astonishingly, 90% of learner drivers have been subject to tailgating and overtaking when in their…Read more

As a young driver, whilst I like to think that reading reviews about cars from petrol heads will help me when it comes to choosing my car, it really doesn’t. I want to know what…Read more